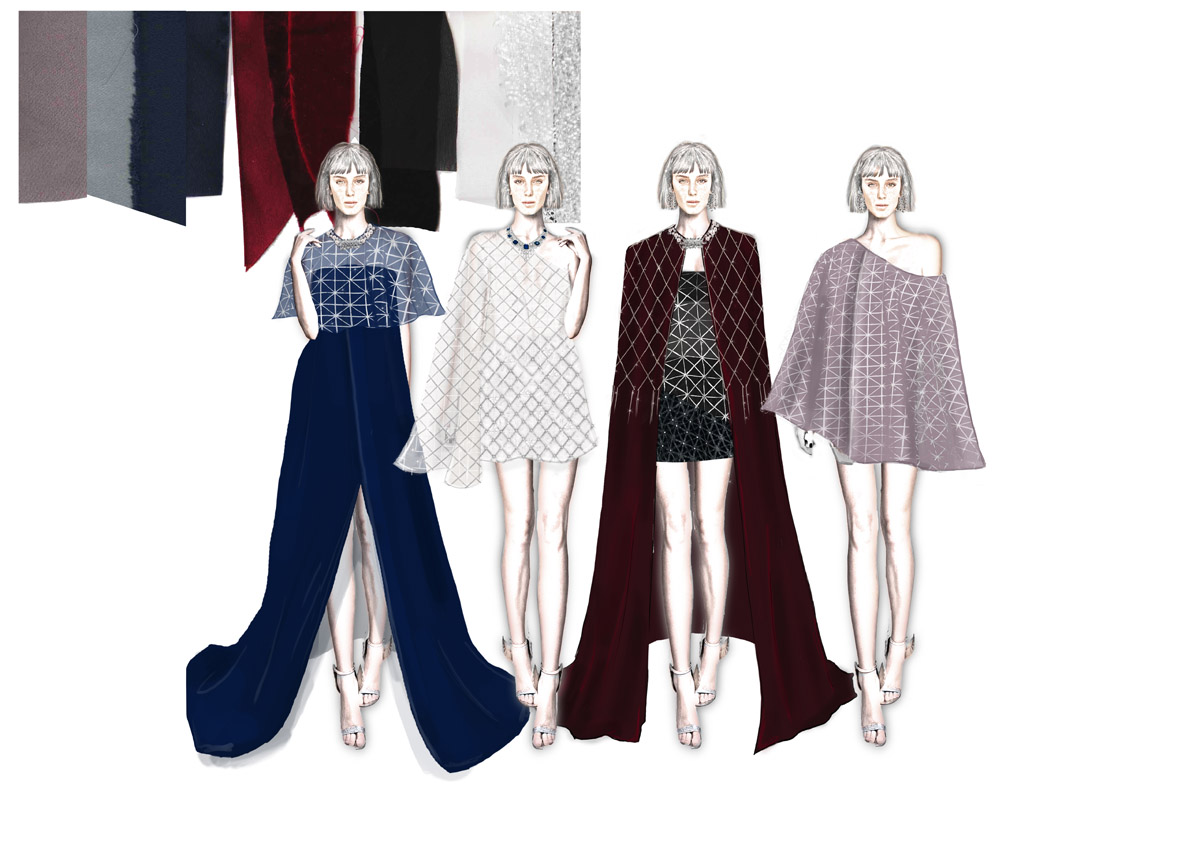 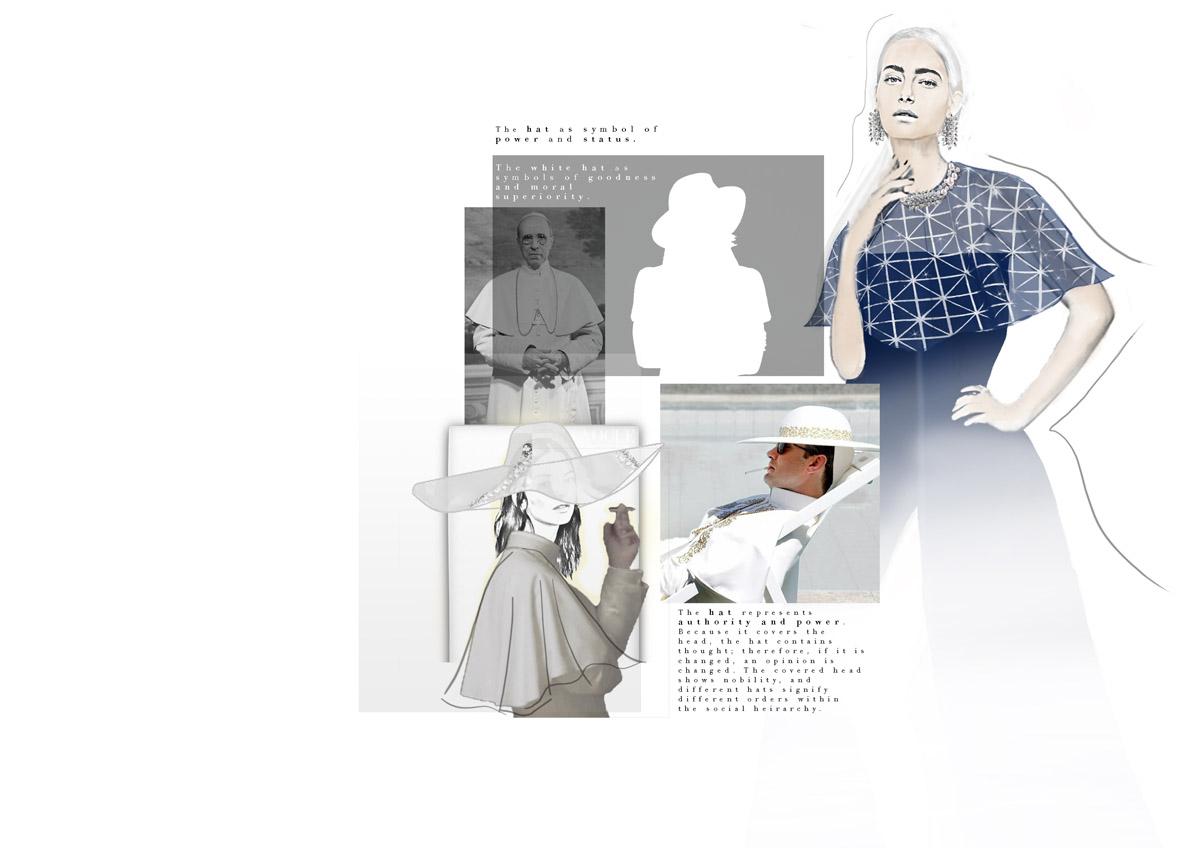 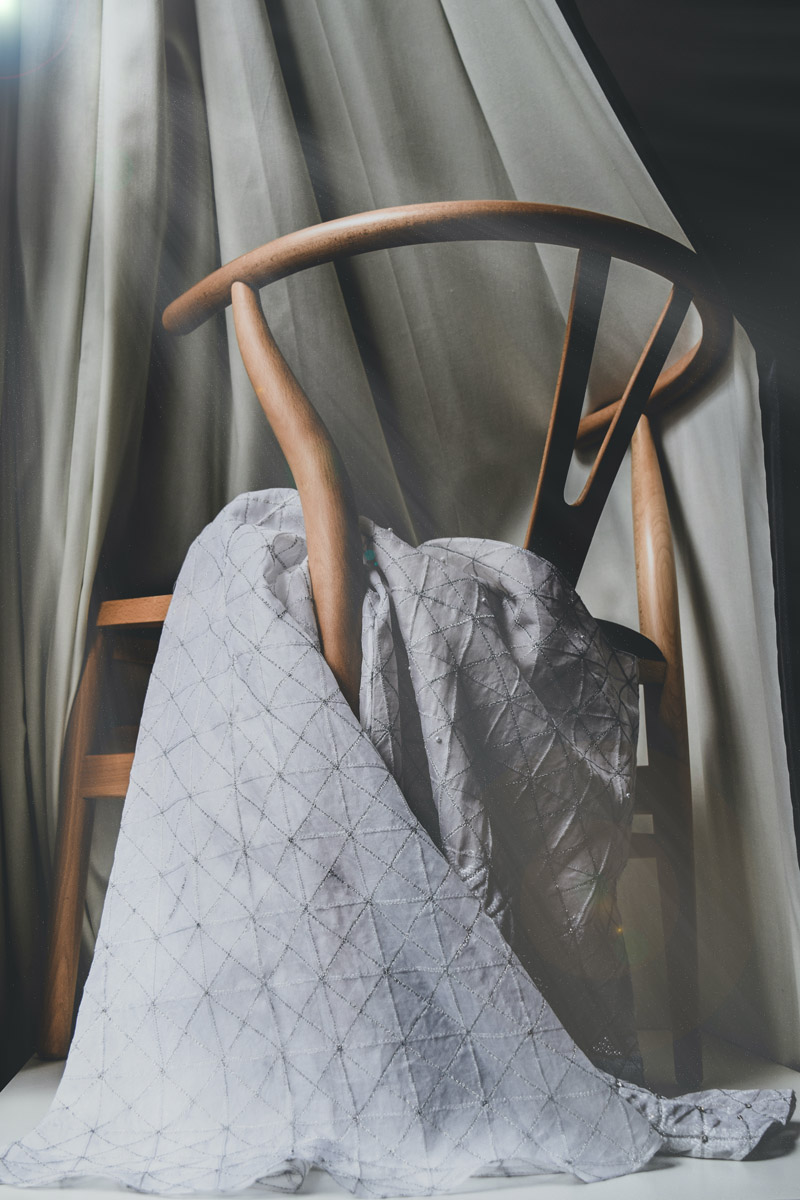 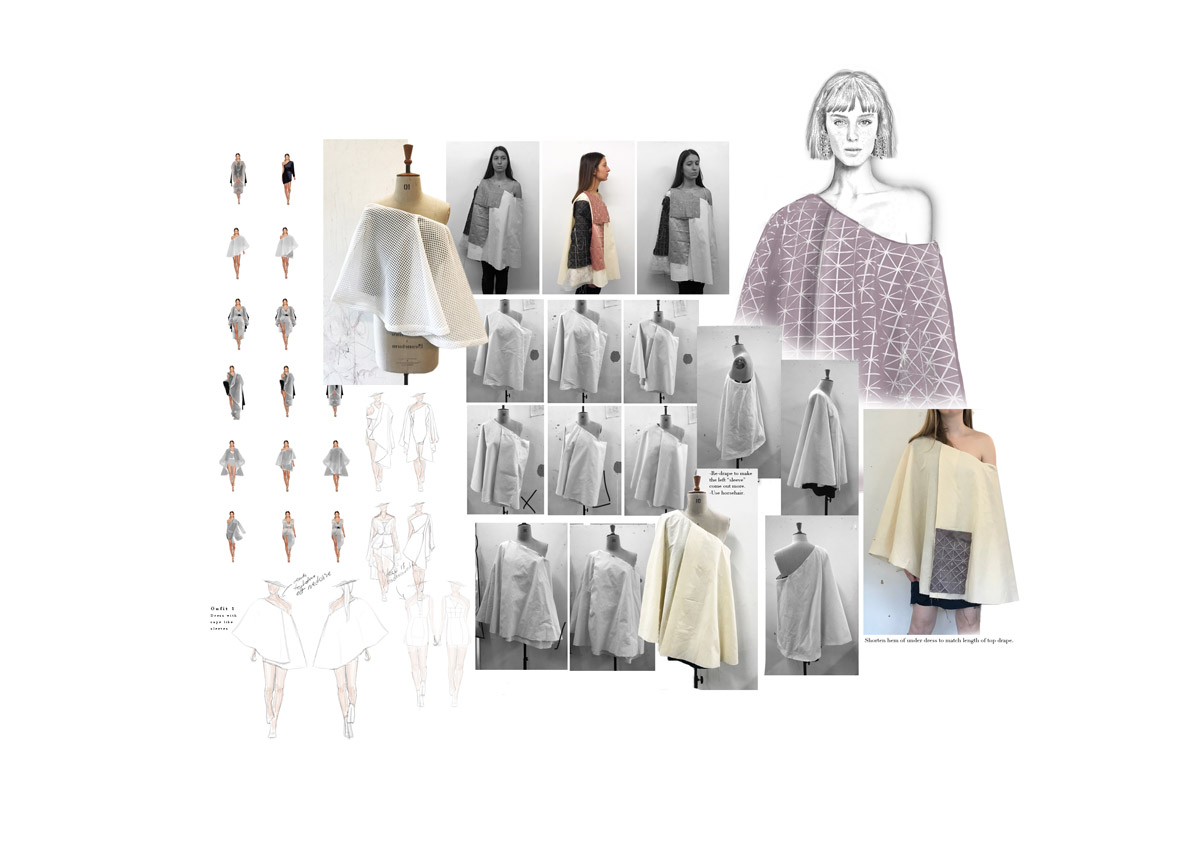 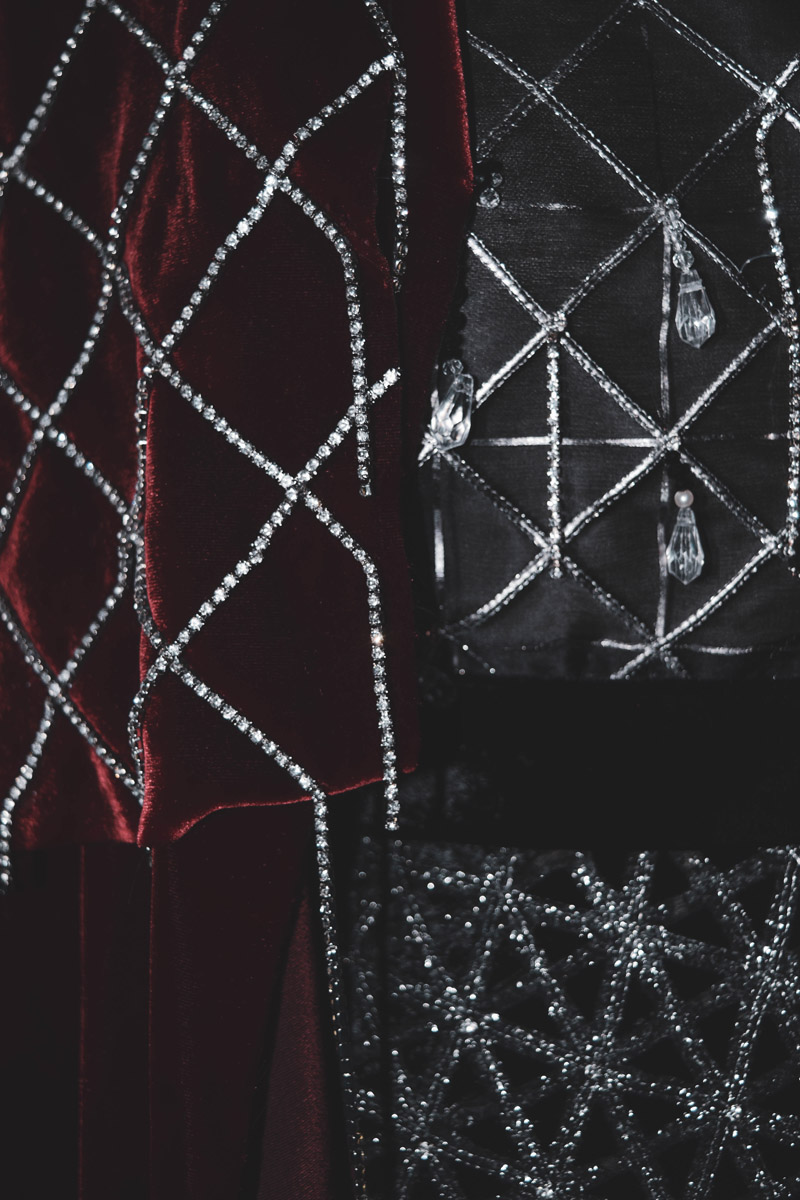 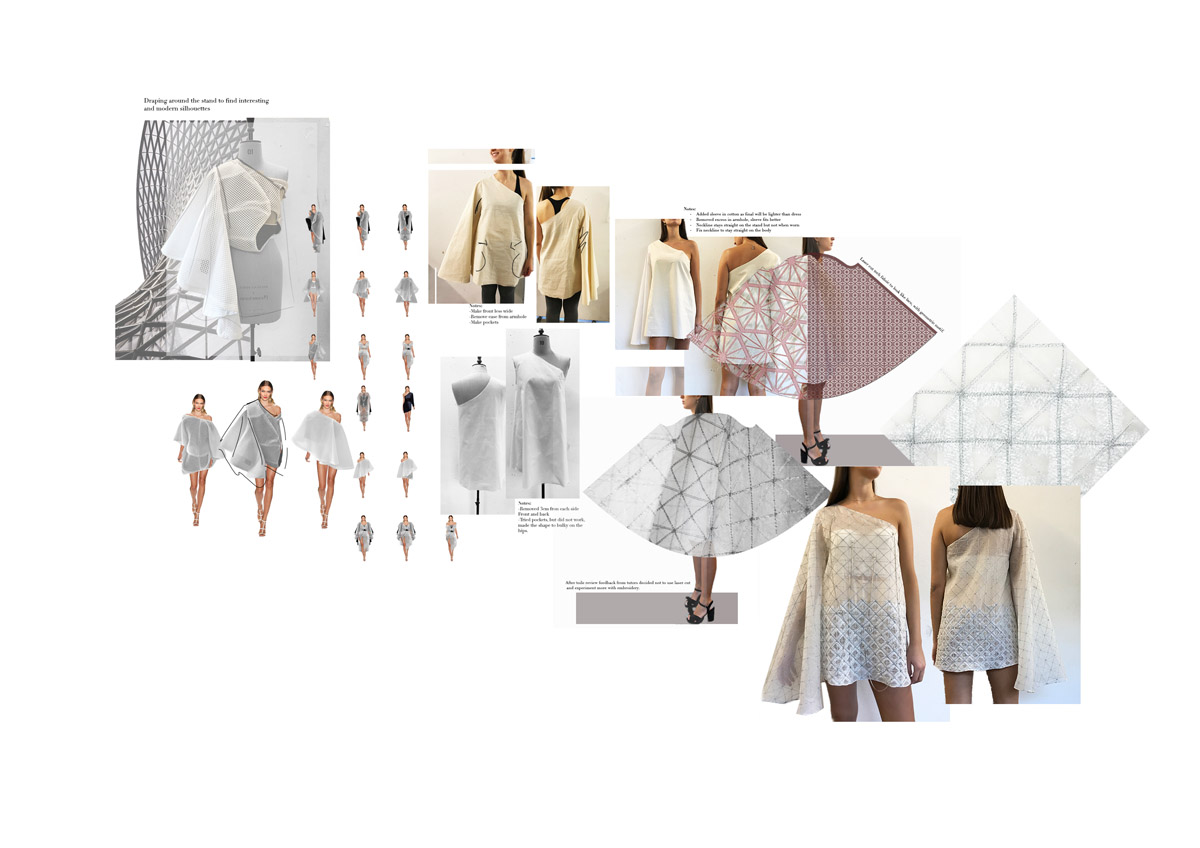 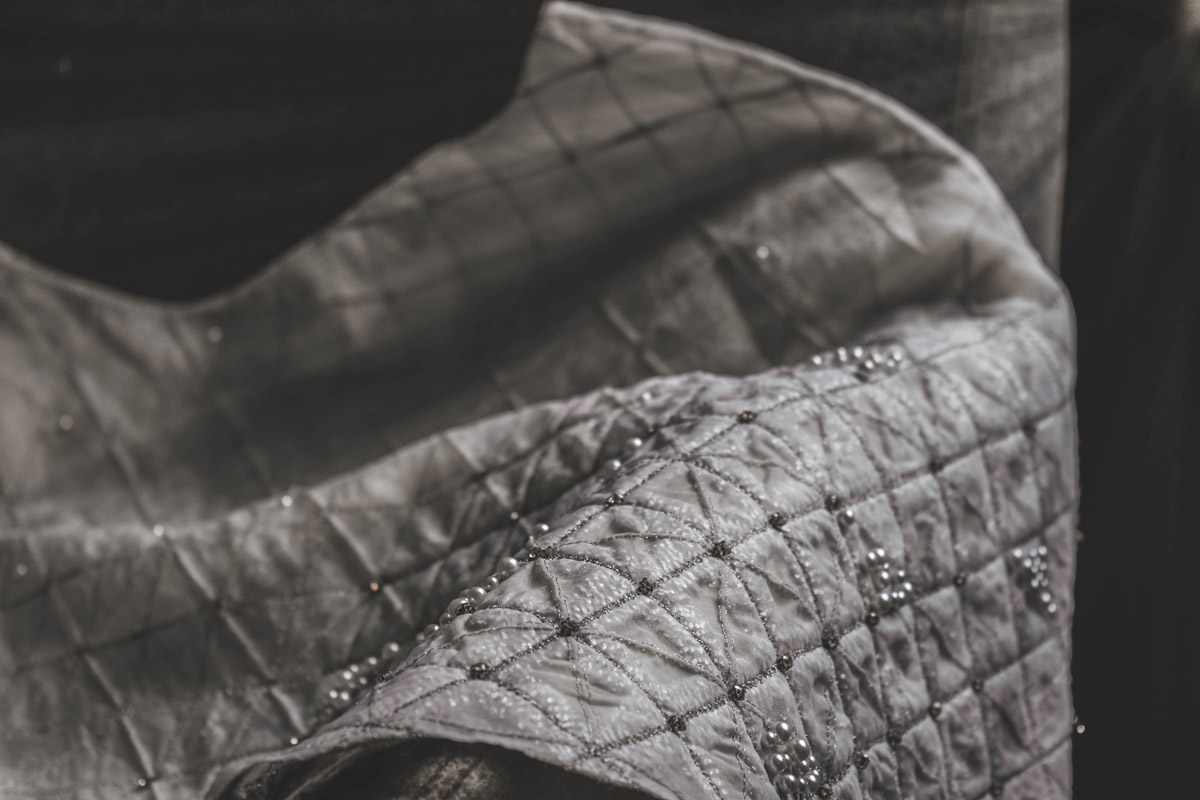 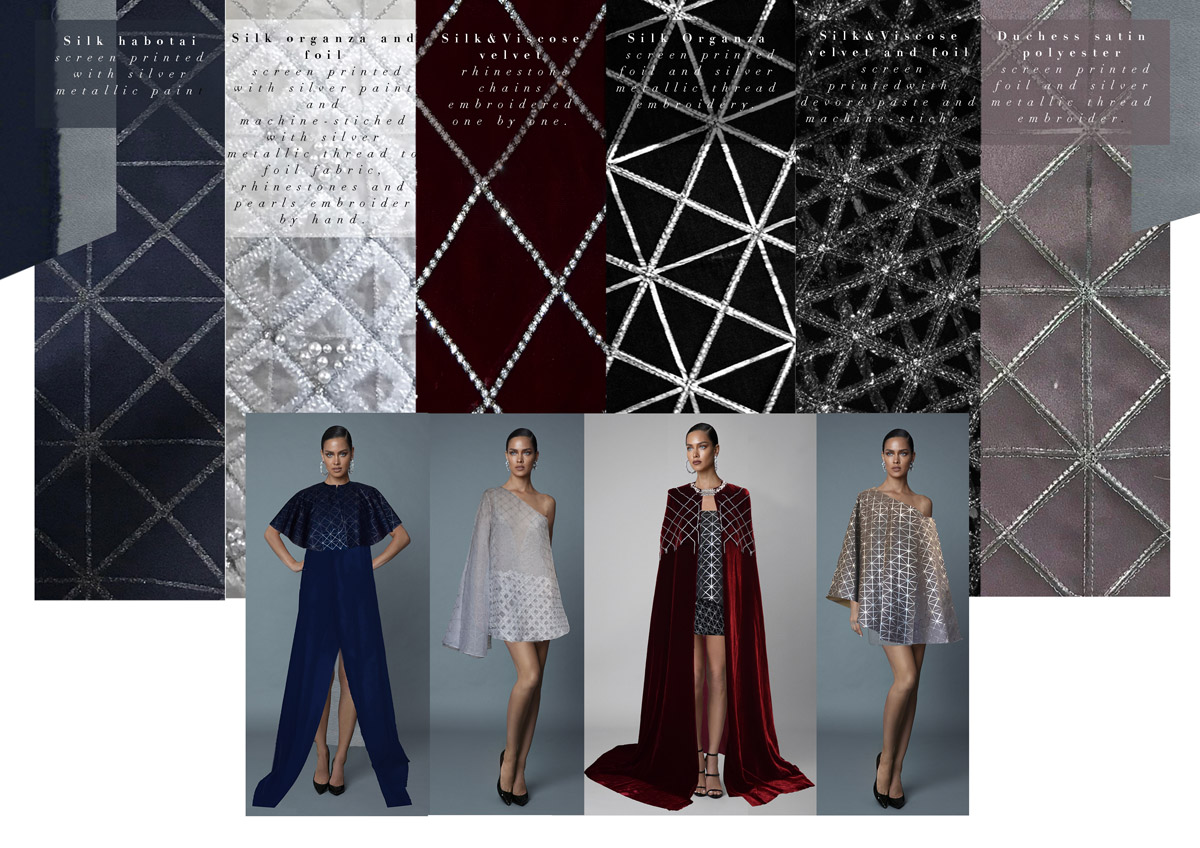 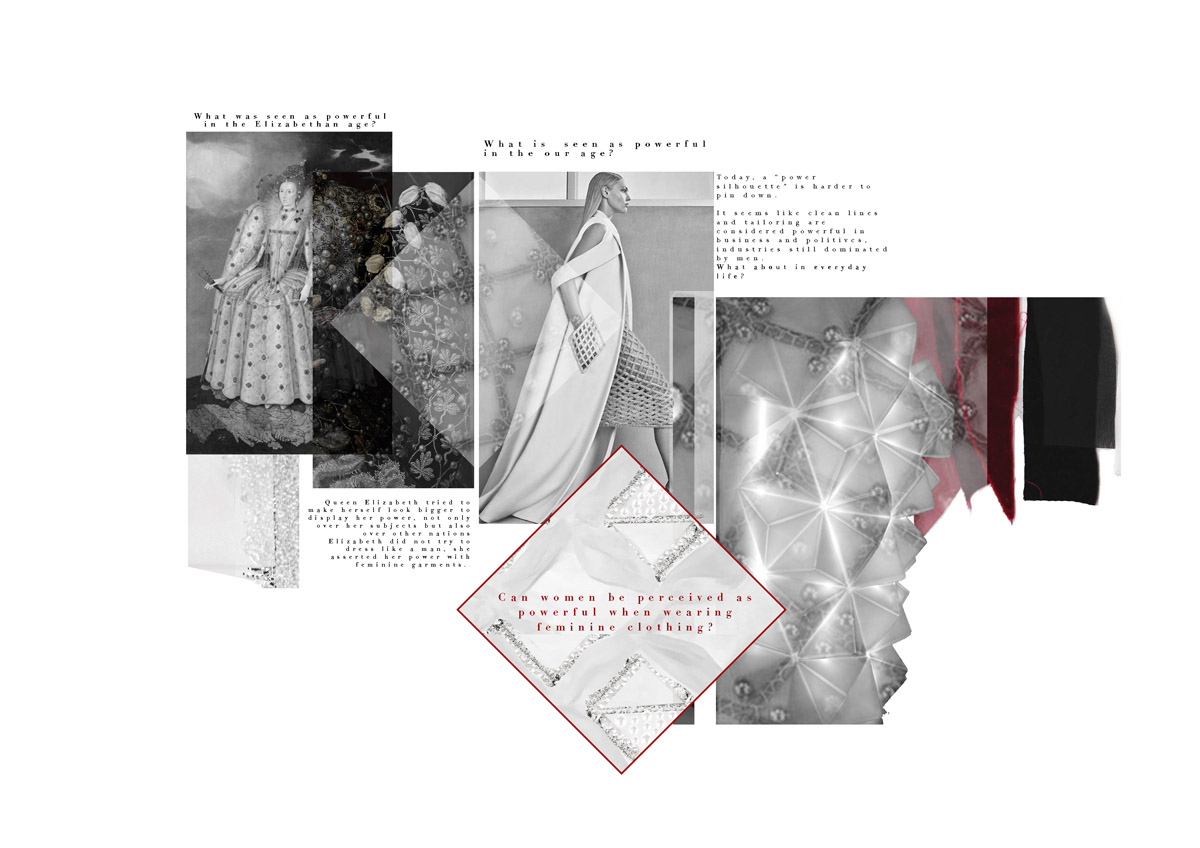 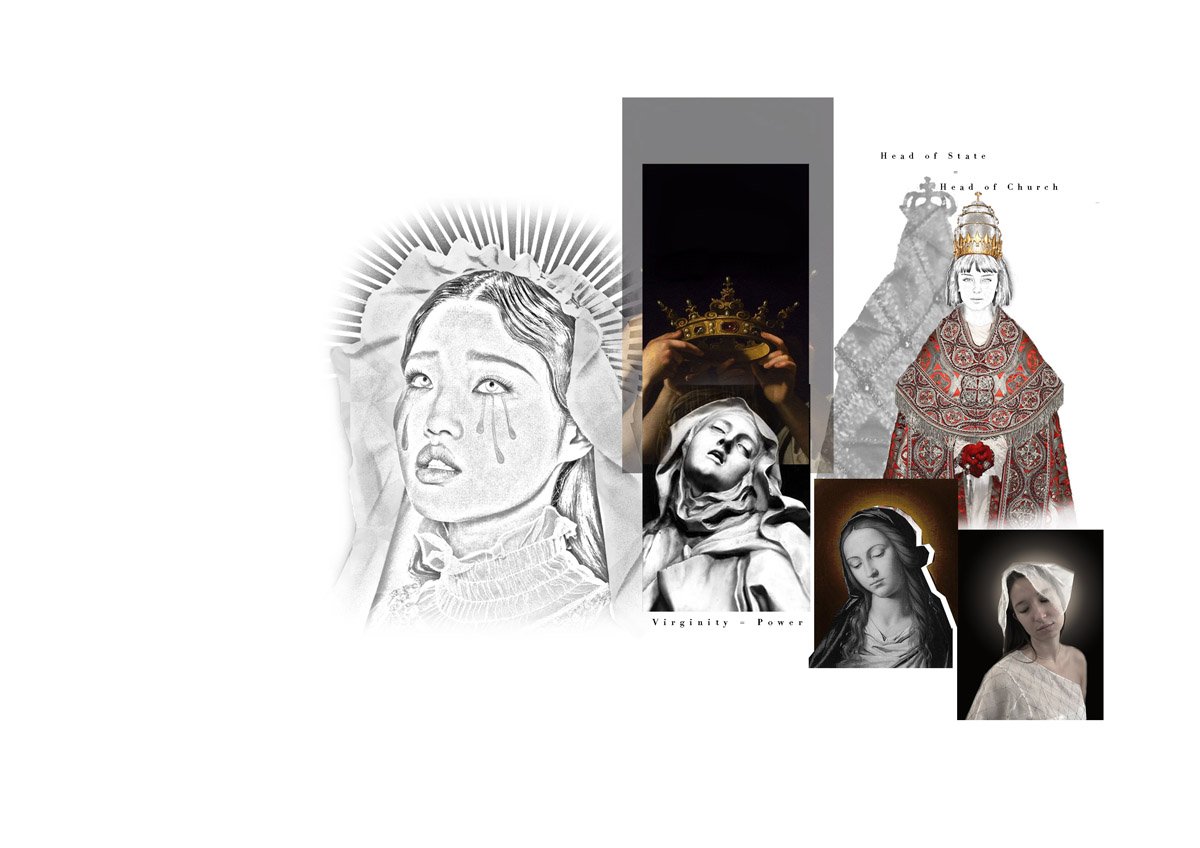 Collection based power and status displayed in the dress of the nobility during the Elizabethan era, exploring the link between Church and State - religion and power.

While power was historically consigned, almost exclusively to men, Queen Elizabeth I was a paradox in 16th century society, an unmarried, childless ruling Queen; and fashion played an important role in the creation of the image that enforced her power: A Virgin Queen with a cult comparable to that of the Virgin Mary. The woman that inspired the collection was confident, distant and ethereal and the collection is for the modern woman of today who embodies these attributes.

Embroidery and embellishment inspired by Queen Elizabeth’s wardrobe are the focus of the collection, while the silhouette remains streamlined and modern, used more as a vehicle for the embroidery to come to life. The craftsmanship behind each piece it what makes them stand out. 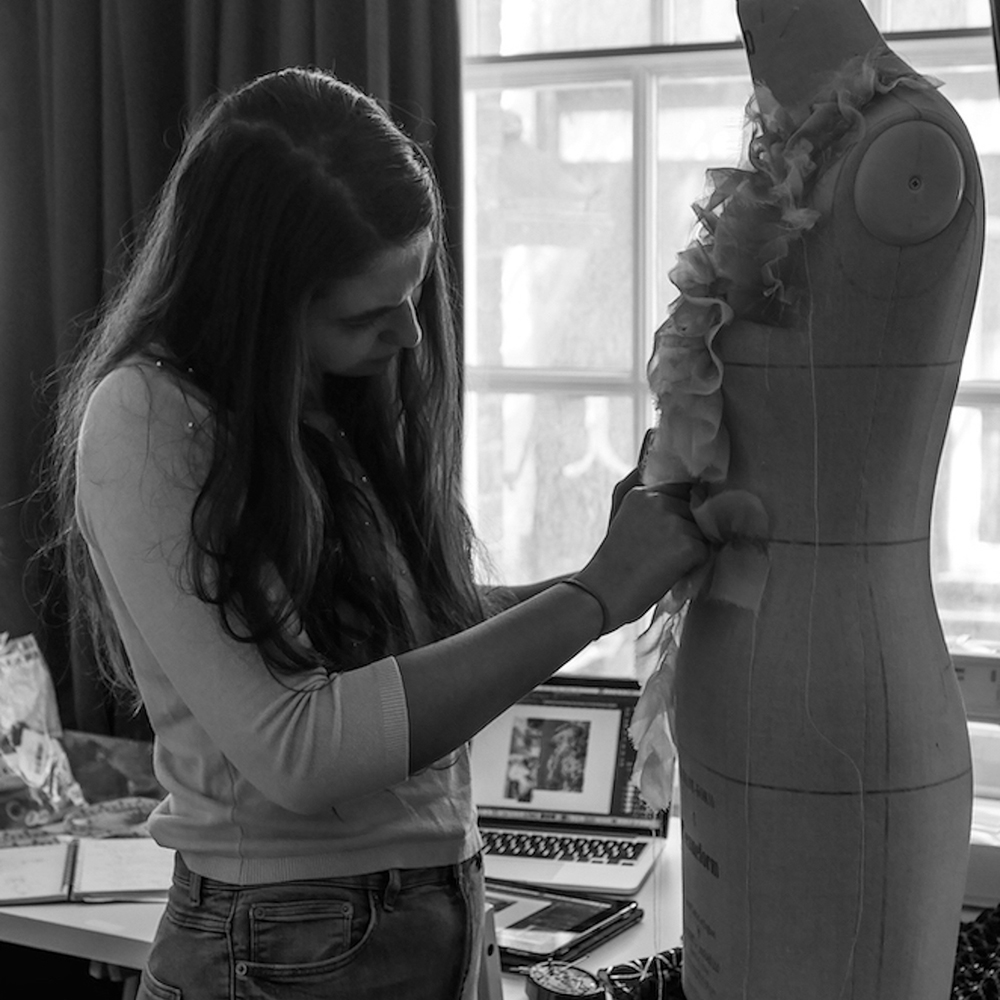